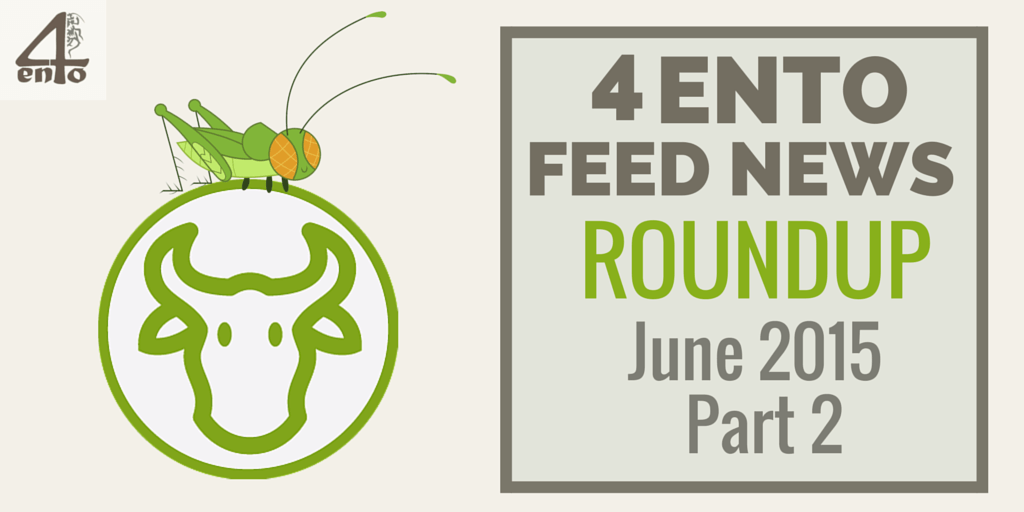 Some additions to the original post of Ento Feed news for June 2015.

“Enterra and Entomeal have been working in collaboration since 2014 to establish sources of traceable, pre-consumer food inputs required for a new facility that will have a capacity to treat 36,000 tonnes per year of waste organics, with expansion plans to 54,000 tonnes per year in the second year of operation. The joint venture is currently limited to Switzerland and will operate under the name of BSF Farms S.A. based in Geneva. “

“The southern Chinese city of Guangzhou is planning a black soldier fly (Hermetia illucens) farm to help rid the city of its kitchen waste!”

Journal of Insects as Food and Feed at Wageningen Academics Publishers

Growing substrates and processing on the nutrient composition of black soldier fly larvae destined for animal feed  by M. Tschirner*, A. Simon

Insects in animal feed: Acceptance and its determinants among farmers, agriculture sector stakeholders and citizens

This Three students in the Upper Cape Regional Tech’s Environmental Science and Technology program will discuss their award winning project on use of black soldier fly larvae composting systems to help decrease the amount of food waste from the school’s culinary shop going to landfills by providing faster decomposition, while also yielding protein- and calcium-rich organic feed for fish and chickens, organic worm tea fertilizer, and an organic compost.

A SPECIAL THANKS TO  TOP GALS for constantly giving IINSECT-BASED sustainable feed alternatives a voice in the Pet & Animal Feed world news!

Legislation hinders use of in-feed bugs

Emmy Koeleman from All About Feed

What is around the corner for feed production?

As always, if you have any other news you would like me to include, feel free to contact me