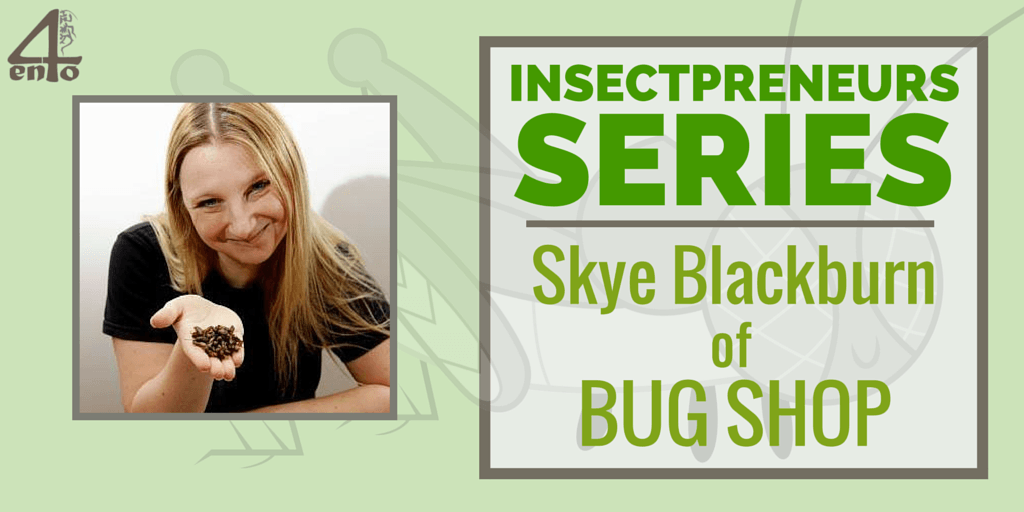 This month we are heading Downunder to meet a fellow bug lover who also has a successful online business.

Skye Blackburn, also known as Butterfly Skye,  started out with a love for bugs which then developed into a thriving business. A great success story we can all learn from, she now supplies bugs to 15 restaurants in Sydney too.

She has been featured all over the internet, and you can check out a lot of those articles here.

And now on with the interview…

What sparked your interest in Edible Insects?

Since I was a small child I have had a great interest in insects, and when I went to university I studied entomology. I quickly realized there was not that many jobs available for entomologists in Australia, so I also completed a degree in Food Science (as something to fall back on). I started my business in 2007 breeding non-edible bugs but quickly realized there was an opportunity to combine my 2 skill sets and create edible insect products. After researching more about them, I realized that developing techniques for farming edible insects was important for the future of food security.

What prompted you to look further into rearing the edible ones?

I already had an insect farm in place and was breeding feeder insects for our tarantulas and scorpions, so taking the step from feeder insects to edible insects was a natural progression.

What Were the First Steps You Took To Start The Business?

We started to look at possible markets for selling edible insects here in Australia, and were quite surprised that no one was breeding insects for human consumption, now 8 years later, we are still the only breeder of edible insects in Australia. After developing 1-2 edible insect products and making them available on our existing website, we were quite surprised at the number of orders we received over a short space of time. Due to the demand that we received (and positive feedback), we launched a dedicated edible insect website and now have over 35 retail products

What Early Lessons Did You Learn? 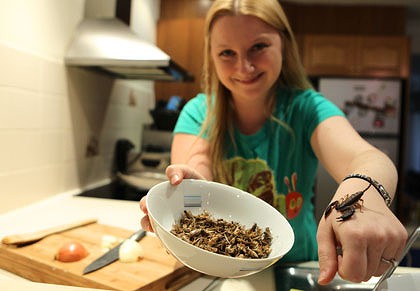 Early on, we learnt that not everyone would be accepting of edible insects. Normally we find there are 2 types of reactions when you introduce this concept to consumers. The first is disgust- and if someone feels this strongly about NOT eating insects, there is usually no amount of education that can change their mind. The second is one of amazement, and these are the people that are interested in learning more, and the majority of the time will try edible insects (in some form) once they have all of the facts.

Tell Us About Finding Your First client

The first time we sold edible insects was at the 2007 Pet and Animal Expo. We had made 1000 lollipops with bugs inside and some chocolate-coated bugs as well. We were very surprised that we sold out of the lollipops on the first day. This launched our edible insect idea even further, because after the event, we received calls from retail stores and promotion companies asking if it was something we could make for them.

What Are Your Current Aims for the BUG SHOP and the Insect Industry?

We have just finished developing a range of healthy and tasty edible insects products that are going into over 60 retail stores at the end of the month. Allot of the products we have been making for years, but have reformulated to make the healthier, and tastier! We have also rebranded the retail packaging, to make it more appealing to the general consumer. It is our hope that these new products will attract more general consumers to edible insects. After our Australian launch, we will be exporting our Australian grown edible insects to Asia. Our aim is to help educate the general community (through our educational cooking demos, media appearances, school incursions etc) to the importance of the edible insect industry for the future of food security.

What do you see as the main challenges for mainstream adaptation of Edible Insects as food for humans?

The main challenge is removing the stigma attached to edible insects. Western cultures believe that eating insects is something for the underprivileged, when in fact they are nutritious and delicious! By educating the younger generations- who have not yet formed an opinion about eating bugs, we will help the industry grow and help our youth make better food choices.

What is your advice for entrepreneurs considering entering the industry?

Make your product delicious and healthy! Allot of edible insect companies focus of the novelty of eating insects instead of the health and taste aspects. By creating a delicious product, you will attract customers to keep coming back, and help to grow the industry.

If you have never tried edible insects before, don’t feel the need to try and whole insect from the start! You can ease yourself into it. Maybe try adding powdered insects into your favorite dish? Or purchasing a product online that uses ground insects as an ingredient. After this initial try, your will realize that there is nothing to be scared of and it will make eating whole insects allot easier.

If you want to find out more about Skye, you can find her online at:

Keep up with 4ENTO News Or The Insectpreneur Series

And don’t forget, if you want to be informed of all the latest Ento Food News, you can sign up to my newsletter.

Otherwise, bookmark this link to keep up with the Insectpreneurs series directly